What We Did in Sprint 3

Here is a video of the robot.

Here are our slides from our sprint 3 review.

We changed some of our end goals in sprint 3. We’ve removed wireless communication as a goal; it seemed to be significantly harder than wired communication, required several more components, and wouldn’t provide all that much extra functionality. One thing we decided to focus more on was cost. We used less than half our budget up until this point so we decided to make that a selling point and build a second Boardbot for documentation purposes. Finally we decided not to build a system for capturing whiteboards, that wasn’t in line with any of our learning goals so we cut that from our stretch goals.

Last sprint we were concerned about some of our wires and considered going wireless. We found in this sprint that there weren’t any issues caused by having wires so we decided not to go wireless. For our final Boardbot we decided to build nice wiring harnesses so that the wires are easy to attach.

We wanted to make sure that the drawing area on the whiteboard was sufficient, since we’d only been testing and demoing on a small area. For this sprint we got it so that we could draw on almost all of the area inside our motors.

Last sprint we listed doing the computer vision to capture a whiteboard as a risk. This sprint we’ve addressed this risk by cutting this out from our final deliverable. Building this system isn’t in line with anyone’s learning goals and it would take away from our other goals if we focused on this.

We were concerned that we had a lot of features we could build and by focusing on those it would reduce the quality of the features we needed to build. By having clear goals and assigning people tasks relevant to the core of the system we addressed this risk. We kept 2 people assigned primarily to documentation and management roles so that these would remain priorities as we closed in on the deadline. 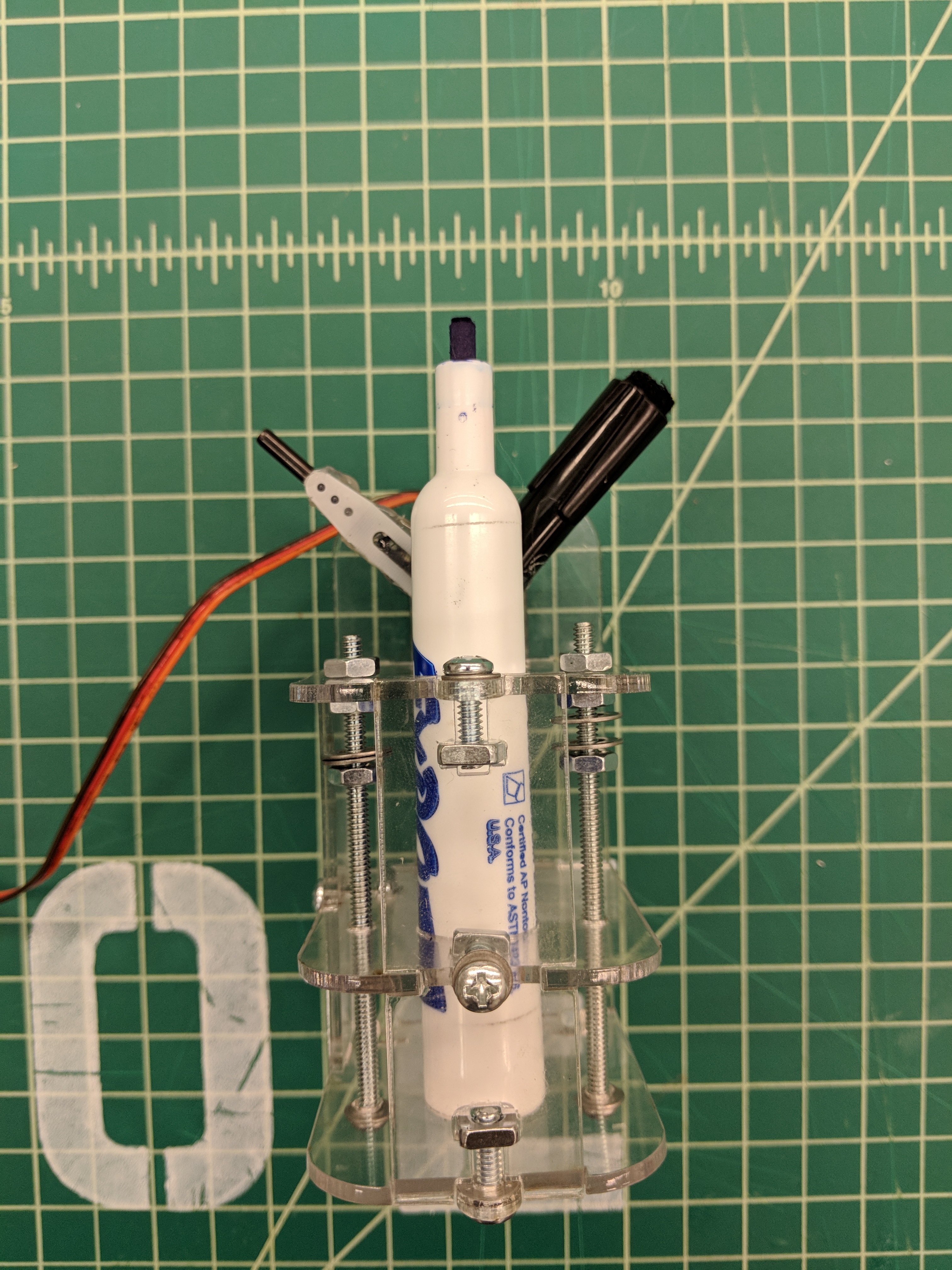 We have all 3 modes available on our marker now. The servo can either let the marker draw on the board, put an eraser tip down to erase, or put a delrin tip down to move without writing or erasing. 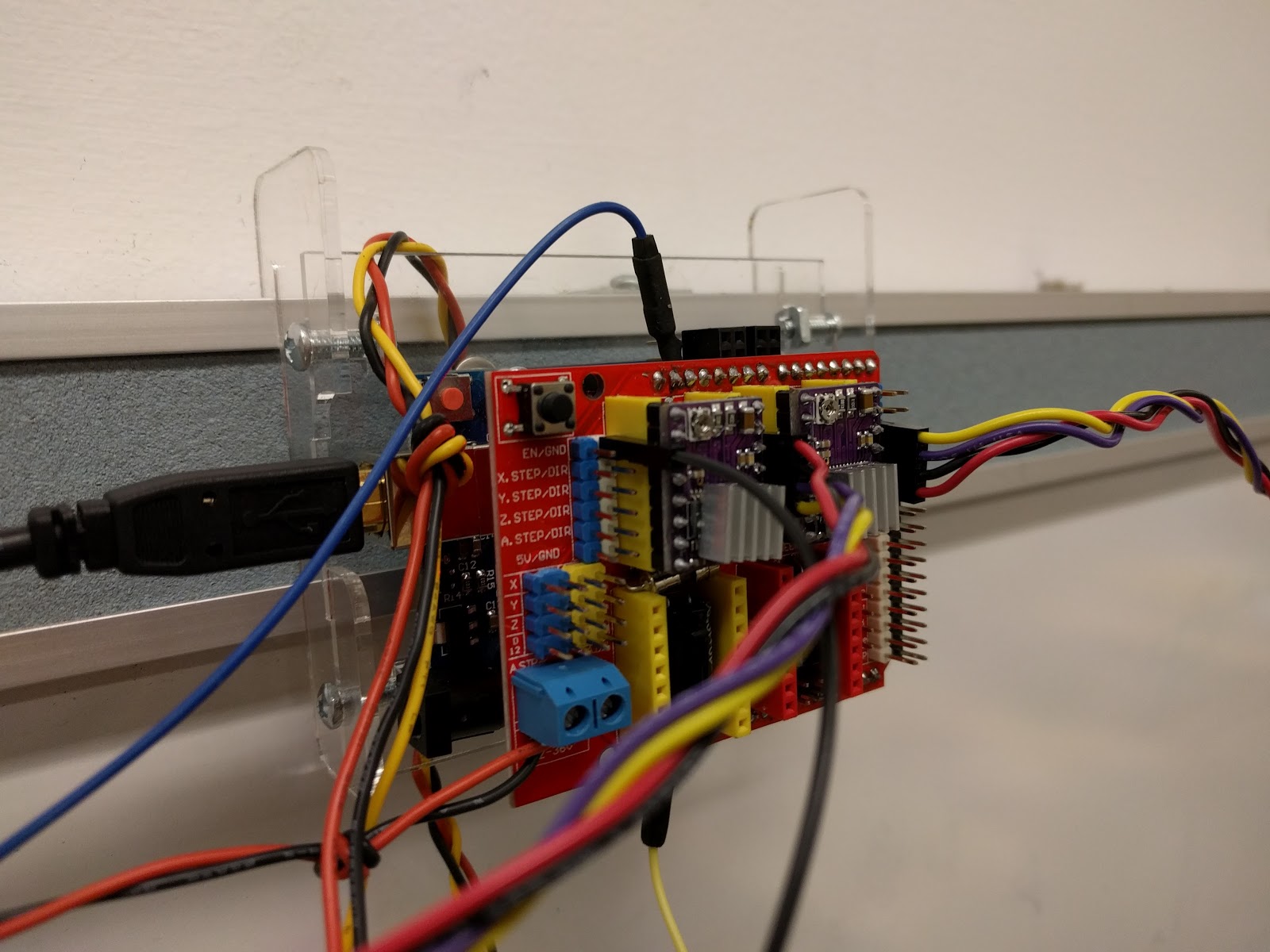 We’ve installed the new motor driver for this sprint and it drives well. It mounts nicely with the Arduino. 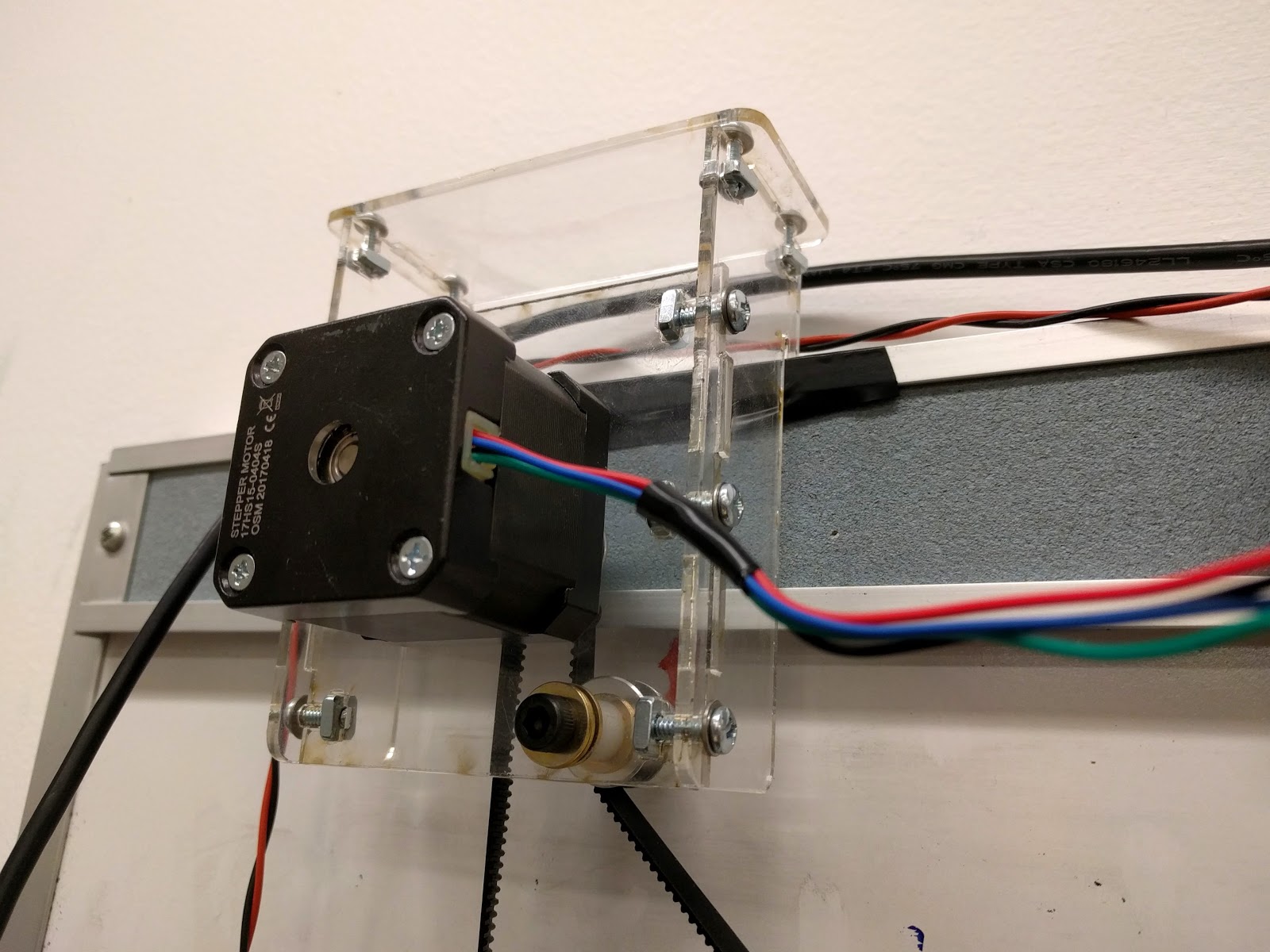 We built new motor mounts that place them closer to the board. This helps put pressure on the pen so our lines are clean. 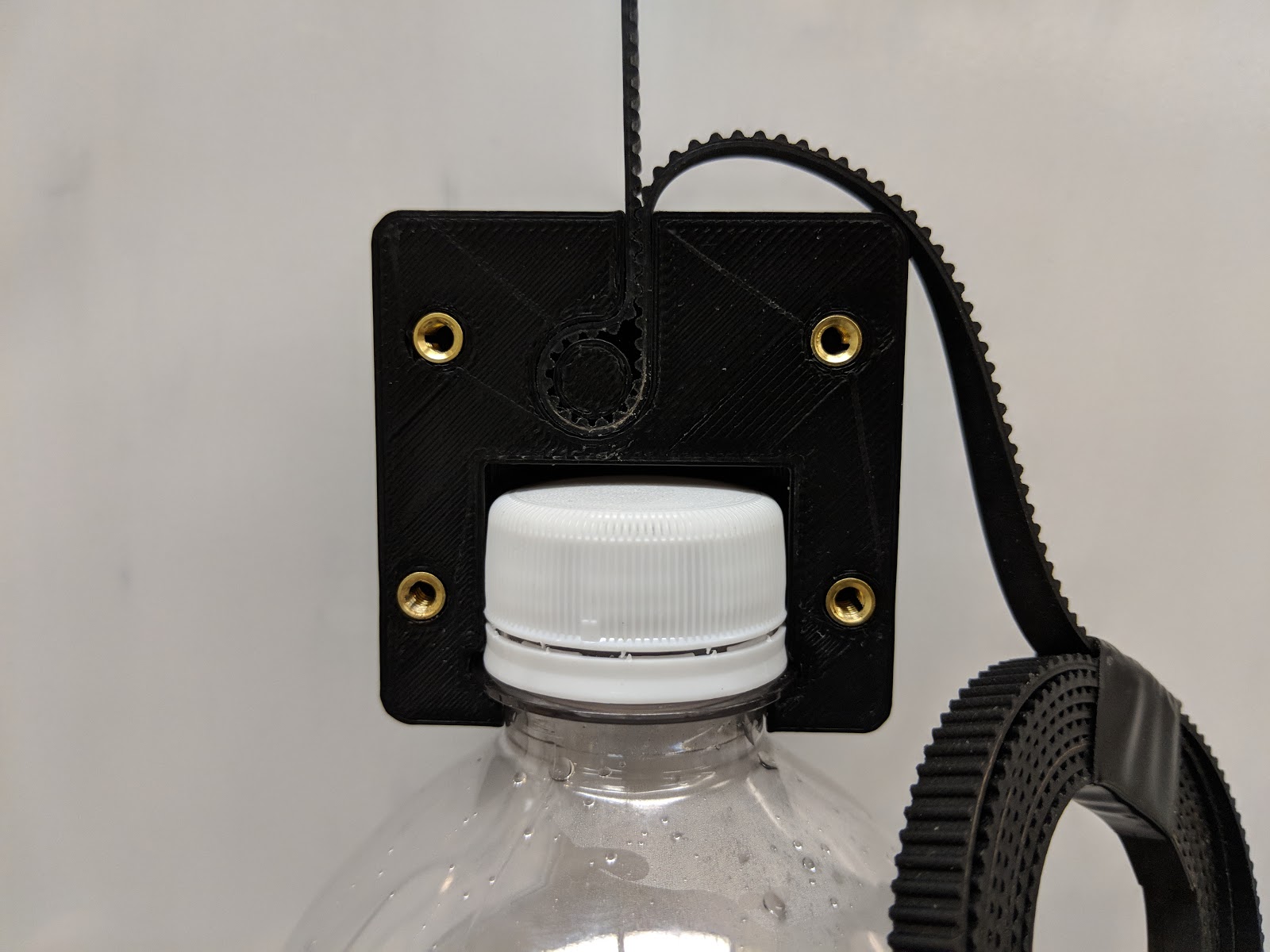 We’ve installed counterweights to help the steppers move accurately and without strain.

We're excited to talk about BoardBot.